With Israel and the United Arab Emirates set to sign the historic deal to normalise relations at a White House ceremony on September 15, Israeli officials in Tel Aviv have proposed trilateral cooperation among Israel, UAE and India.

Speaking to a media representatives, Gilad Cohen, Deputy Director-General of the Asia-Pacific Division of Israeli Foreign Ministry, said: “We are talking to the Indian government about trilateral cooperation in areas such as — agriculture, technology and water. The combination of the three countries can be for the benefit of all three sides.”

Israel plans to engage the world with a fresh outlook to foreign policy after UAE became the first Gulf country to establish ties with Israel and only the third Arab nation after Egypt (1079 and Jordan 1994. This also comes as Kosovo (in Southeast Europe becomes the first Muslim majority nation to open an embassy in Jerusalem.

Gilad Cohen spoke about the first direct commercial flight between UAE and Israel and how the Israeli “ecosystem” is “marvellous”.

Making a push for a Free Trade Agreement (FTA with India, which is in quite a nascent stage, Cohen said: “We are trying to encourage our partners in Asia Pacific to invest in India and import and export with us. FTA with Korea soon, an advanced stage with China and Vietnam. We hope to have FTA for designated trade agreement with India.”

Israel is in the advanced stage of negotiations with China and already has a pact for specific goods with India.

Speaking on the issue of lower tariff rates, Cohen said, “The most advanced FTA is with Korea. Next in 2021, we are looking at China and Vietnam. With India, it is not in an advanced stage… 200 designated products are important to India and Israel. We need to lower tariffs with India. All of our trade volumes are good but we can do much better,” said the Israeli diplomat.

Indian Prime Minister Narendra Modi had a standalone visit to Israel in July 2017, the first-ever visit of an Indian prime minister; and then in February next year, he had a stand-alone visit to Palestine.

With the new deals, many experts question if there will be a path towards peace and a solution to the Israel-Palestine conflict.

“We hope tensions will be sorted out in peaceful ways and tension will reduce, this is what we desire,” he added. 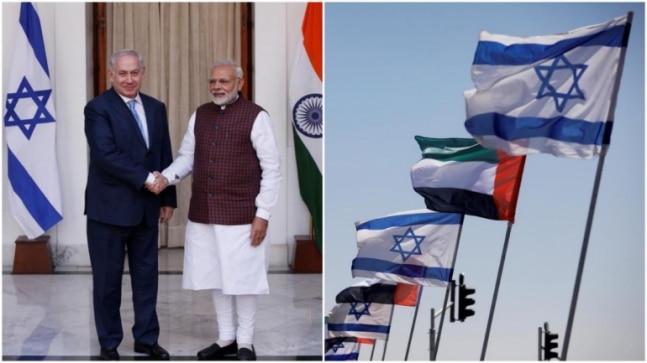 « US President Donald Trump did not intentionally mislead about coronavirus: White House » US has cancelled over 1,000 visas for Chinese nationals citing security risks