Pharmaceutical company AstraZeneca on Tuesday said it has paused late-stage trials of its experimental coronavirus vaccine after a study participant developed an unexplained illness, AP reported. The vaccine, developed with University of Oxford, has been widely seen as one of the leading candidates against the infection.

In a statement, the company said it is a “routine” pause because of “a potentially unexplained illness”. AstraZeneca said that in large trials, illnesses sometimes happen by chance, and added that it was working to expedite review of this to minimise any potential impact on the vaccine timeline. “This is a routine action which has to happen whenever there is a potentially unexplained illness in one of the trials, while it is investigated, ensuring we maintain the integrity of the trials,” a spokesperson said.

The nature and severity of the volunteer’s illness is not clear. According to The New York Times, the participant is from the United Kingdom and was found to have transverse myelitis, an inflammatory syndrome that affects the spinal cord and is often sparked by viral infections. The report said it remains unclear whether the illness was directly linked to AstraZeneca’s vaccine.

Deborah Fuller, a University of Washington researcher working on a different coronavirus vaccine, told AP it’s reassuring that the company is pausing the study to find out the reason of the illness. “This is not something to be alarmed about,” Fuller said.

Dr Ashish Jha of Brown University said that the significance of the interruon in the trails was unclear, but that he was “still omistic” that an effective vaccine to fight the coronavirus will be found in the coming months. “But omism isn’t evidence,” he tweeted. “Let’s let science drive this process.”

AstraZeneca is one of nine companies in late-stage Phase 3 trials for their vaccine candidates. Trials of the vaccine, called AZD1222, are currently underway at different stages in Britain, the United States, Brazil, South Africa and India.

Globally, the coronavirus has infected more than 2.74 crore people and claimed 8,96,127 lives, according to Johns Hopkins University. Over 1.84 people have recovered from the infection worldwide. 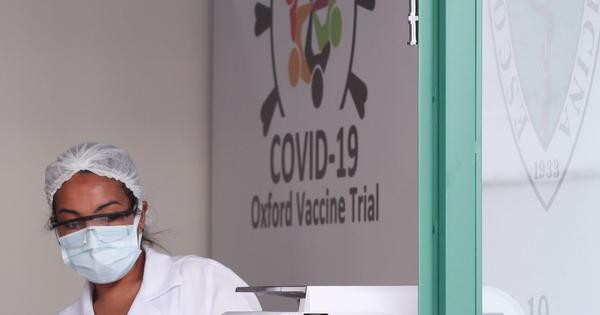