For the first time in US history, the Census Bureau will count Sikhs as a “distinct” ethnic group. This is a significant step towards establishing a separate identity away from the composite “Asian Indian” category for people from India who are broadly known as Indian-Americans.

Some experts believe the decision potentially gives ammunition to Sikh separatists who promote the idea of Khalistan from the comfort of their homes in the US, Canada and other western countries.

Others stress there is no cause for anxiety and a counting will help Sikhs become less “invisible” in the context of US government policies.

The Census Bureau is currently engaged in a decennial count by mail, phone and online, and the process is expected to end September 30. Sikhs will be allowed to “self identify” if they write “Sikh” in answer to the question on race and will be counted separately under a unique code. Further, they will go under the broader category of “Asian” and not under “Asian Indian” as was the case in the 2010 count when “Sikh” was seen as a “religious” response.

Sikh community activists have been campaigning for a separate category on the Census Bureau form for more than a decade on grounds they needed an accurate count to better serve their members, access federal funds and engage their political representatives more effectively. But most importantly to protect Sikhs from hate crimes in the wake of 9/11 terrorist attacks when Sikhs were targeted because of their appearance.

The Census Bureau’s decision, announced in March, was taken after years of research and outreach, officials said on background. But some experts criticised the process, warning of long-term political and social implications, stretching far beyond the borders of the United States. In fact, stretching all the way to India via Canada and Britain. They say it’s another blow to the already fracturing “Indian” identity abroad.

Sikh community leaders have made a conscious and discernable effort to create a separate identity in the US after 9/11, raising awareness while delicately distinguishing themselves from Muslim Americans who may also wear beards. Sikh spokesmen have gone to great lengths to insist Sikhism is sui generis, and completely separate from Hinduism.

The Census Bureau’s decision, therefore, is seen as a huge victory by Sikhs who were one of the first immigrants from India to arrive on American shores more than 120 years ago. In the early stages, they suffered constant discrimination as they struggled to establish themselves as farmers. Seen as Hindus by immigration officials and barred from citizenship along with other migrants from India, Sikhs have struggled for long.

“Sikhs have borne the brunt of hate and bias crimes, especially since the tragedy of 9/11. Sikh children in schools across the nation are bullied at twice the national average,” said Gundeep Singh, media coordinator for United Sikhs. The Sikh Coalition, an organisation working to raise awareness, recorded more than 300 incidents of hate crimes in the months following the attacks on September 11, 2001 by al-Qaeda.

The main arguments for a separate count centre around the fact that Census data is used to allocate $675 billion in public funds for schools, roads and parks and apportion seats in the House of Representatives. In addition, without a definitive number, Sikhs can’t engage political leaders to argue for better services, community leaders argue.

While a reliable count is necessary — the number of Sikhs in the US ranges from 500,000 to a million — some academics have questioned the Census Bureau’s process and understanding of the complexities involved. An academic who studies immigrant communities said the whole exercise largely “flew under the radar.”

There is a difference between publishing a notice in the Federal Register seeking comments and actively reaching out to various stakeholders, he said, speaking on the condition of anonymity.

“The process has the risk of being misconstrued as a covert operation where the Census Bureau had already made up its mind without consulting a full range of experts and Indian community voices,” he said.

The decision has the potential to become a crisis down the line. “It’s a ticking time bomb. They have uncritically adopted a stance that could lead to further separatism,” the academic said.

The Census Bureau did seek public comments but most of the responses submitted were about creating a category for Middle East and North Africa. Bureau officials insisted they met leaders of key Sikh umbrella organisations, which represented “dozens and dozens of regional and local communities.”

Under the law, the US Census Bureau is not allowed to ask questions about religion so tabulating Sikhs as a religious group would be unlawful. It appears the Bureau came up with a workaround by calling Sikhs an “ethno-religious” group. Officials said the Census Bureau has historically collected data on ethno-religious groups at the request of people who want to “self identify” as a particular community.

“It is not validation, only a verification,” one official stressed. The demands from the Sikh community were “very personal and very passionate.”

The original petition to the Census Bureau was submitted by an organisation called “United Sikhs,” comprising ten groups, including a few separatist organisations such as Sikhs for Justice, Voices for Freedom and Khalistan Affairs Center.

Devesh Kapur, professor of South Asian studies at Johns Hopkins University and co-author of “The Other One Percent: Indians in America,” said the Census Bureau’s decision “has the possibility of giving some oxygen to the Khalistan hardliners who have been battling waning support” but the community has more important issues at hand.

Kapur also said the move could “split the Indian-American community, especially the second generation. The very things you do for identity politics we are different, we are separate helps in group cohesion but it risks making the group more insular. That insularity can have costs on economic outcomes. So group cohesion is a double-edged sword.”

Research for the book showed that Punjabi speakers in the US have the lowest income and education compared to other sections of the Indian American community. “We are not sure what the reasons are but it is something to take note of,” he said.

Nirvikar Singh, a distinguished professor of economics at the University of California, Santa Cruz, and one of the co-authors with Kapur, had a different take. He said the decision to count Sikhs separately was “no big deal” and should not cause worry. “Like anything else, Indian American is a construct.”

When asked if the move might inadvertently give a boost to Khalistani sentiments, Singh said he thought the Indian government was “a bit paranoid” about this issue.

All major Sikh civil rights organisations in the US supported this change for purely domestic US reasons. They have no interest in Indian politics per se. There is no basis for anxiety, really.

K C Singh, a former Indian ambassador, said, “Sikhs just want their religious identity to be recognised as distinct.” Commenting on the BJP-RSS attempts to use religion to court Indians abroad, he added, “You can’t have it both ways, that is use religion to woo the diaspora and then object if part of the diaspora does just that.” 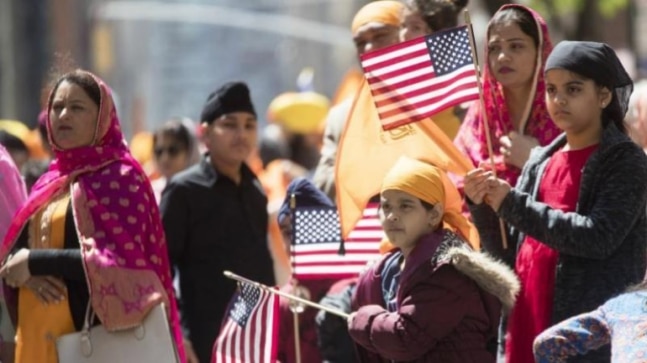