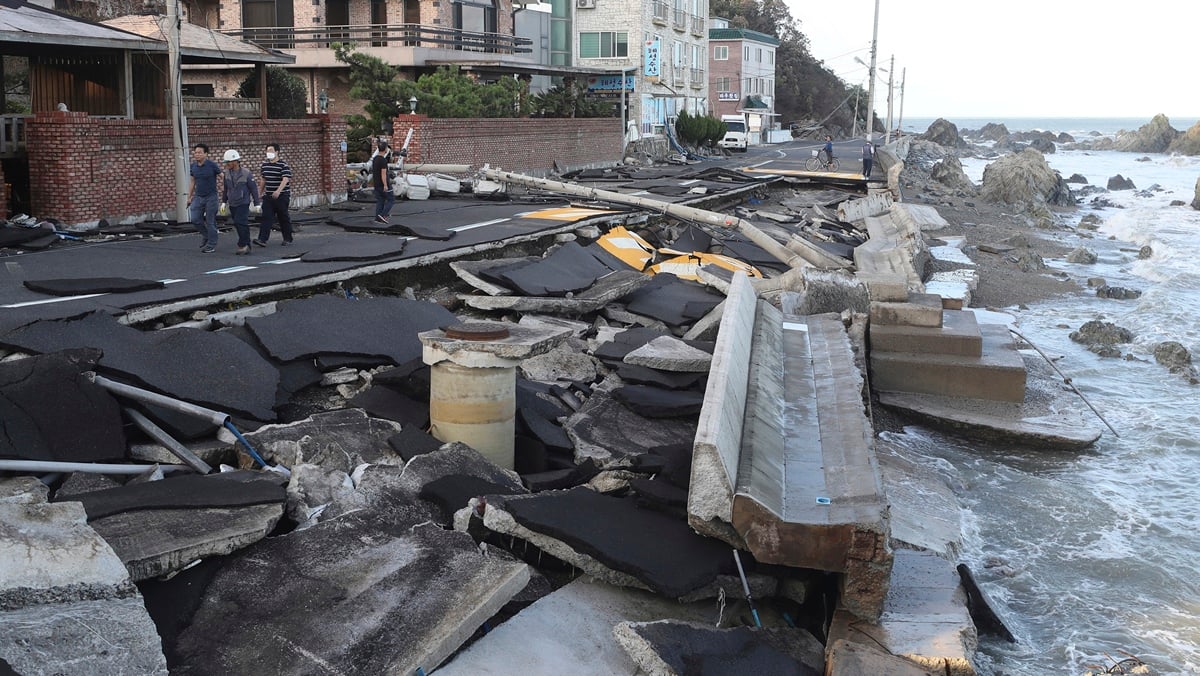 A powerful typhoon damaged buildings, flooded roads and knocked out power to thousands of homes in South Korea on Monday after battering islands in southern Japan and injuring dozens of people.

The Korea Meteorological Administration said Typhoon Haishen was passing waters off the eastern coastal city of Sokcho on Monday afternoon after barrelling through South Korea’s southern and eastern regions.

The typhoon was weakening, with its maximum winds measured at 108 kilometres (67 miles) per hour after blowing at 144 kilometres (80 miles) in the morning, and it was forecast to be downgraded to a tropical storm within 12 hours.

Japan’s Fire and Disaster Management Agency said at least 38 people were injured, five of them seriously, after Haishen lashed southwestern Japan over the weekend with strong winds and rain. Schools and department stores were closed in Hiroshima and other cities in the country’s southwest.

In South Korea, cars struggled to navigate flooded roads in Ulsan and other coastal cities such as Busan, Sokcho and Gangneung. Emergency workers scrambled to clean up toppled trees and damaged traffic signs, buildings, and other structures. 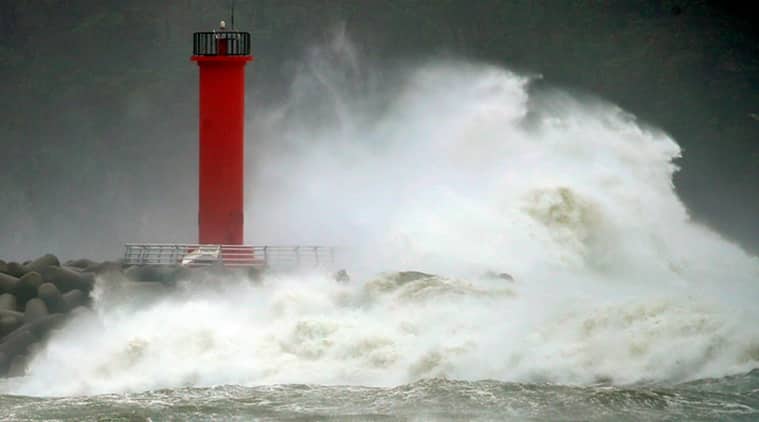 The Ministry of the Interior and Safety said a person in Busan was injured after a car flipped in strong winds, but it didn’t immediately provide further reports of casualties.

Hundreds of flights in and out of the southern island province of Jeju and across the mainland were cancelled.

Some bridges and railroad sections were shut down, thousands of fishing boats and other vessels were moved to safety, and more than 1,600 residents in the southern mainland regions were evacuated due to the possibility of landslides and other concerns.

Workers as of Monday morning had restored power to 11,523 of the 17,620 households that had lost electricity in the southern mainland areas and Jeju. 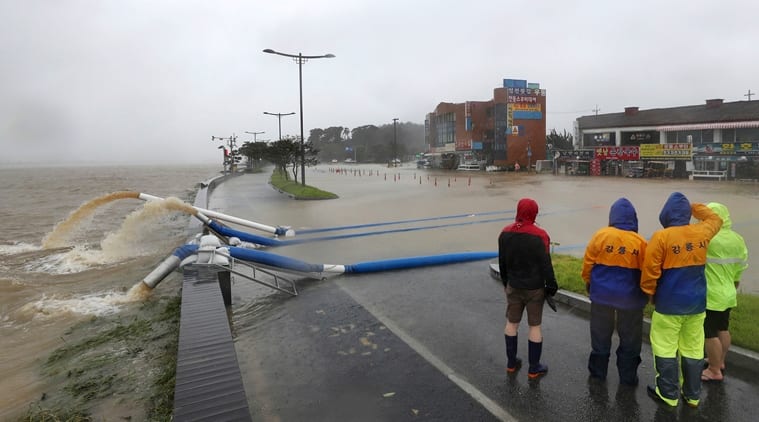 Officials from Gangneung city pump out water from a flooded area due to heavy rain in Gangneung, South Korea, Monday, Sept. 7, 2020. (AP)

Haishen, which means “sea god” in Chinese, plowed through Okinawa and other southern Japanese islands over the weekend.

Traffic was still paralysed in places, bullet trains were suspended and most domestic flights in and out of airports in southwestern Japan were cancelled on Monday.

Regional officials in Miyazaki said rescue workers were looking for four people missing after a mudslide hit the mountainous village of Shiiba earlier on Monday. A fifth person who was rescued at the site was seriously injured.

Electricity was restored to thousands of homes in Japan, but more than 340,000 others were still without power. Nearly 4 million people in Japan were still advised to evacuate as of Monday afternoon.

The storm by late Monday was expected to reach North Korea’s northeastern region, which was battered by Typhoon Maysak last week, inflicting further pain on an economy ravaged by US-led sanctions, border closures from the coronavirus pandemic and chronic food shortages.

North Korean TV aired footage of widespread flooding in the eastern coastal city of Wonsan and nearby Tongchon, but the country’s state media didn’t immediately report any casualties caused by Haishen.

Maysak damaged roads and buildings and left at least one person dead in South Korea. In addition, a livestock cargo ship sank off Japan’s coast as Maysak passed.

Two of its 43 crew members were rescued and one body was recovered before the search was halted because of Haishen. The ship was transporting 5,800 cows from New Zealand to China.