Almost 300 Rohingya refugees believed to have been at sea for six months landed in Indonesia’s Aceh province in the early on Monday, Indonesian authorities have confirmed.

Acehnese police said a wooden boat carrying the Rohingya was spotted by local fishermen several kilometres (miles) off the coast of Lhokseumawe, before landing at Ujung Blang Beach just after midnight

“There are 297 Rohingya according to the latest data, among them 181 women and 14 children,” Iptu Irwansya, a local police chief, told Reuters.

Junaidi Yahya, head of the Red Cross in Lhokseumawe, said the group was currently being held in a temporary location.

“We hope they can be moved to the evacuation centre today, but their health, especially related to COVID-19, is our main concern,” said Yahya.

Among the group was one sick 13-year-old who police said was taken to hospital in an ambulance.

Images of the Rohingya arrivals show lines of women in masks carrying their possessions in plastic bags, and men huddled on the floor of a thatched roof shelter.

Monday’s arrival follows the arrival of another vessel in late June when Acehnese fishermen rescued more than 100 Rohingya refugees, including 79 women and children, after Indonesian authorities had initially threatened to push them back.

Fleeing persecution in Myanmar and refugee camps in Bangladesh, the Rohingya have for years boarded boats in an attempt to seek refuge in other Southeast Asian nations.

Chris Lewa, director of the Arakan Project, a non-profit group focusing on the Rohingya crisis, said the passengers that arrived in Aceh on Monday had set sail from southern Bangladesh at the end of March or early April, bound for Malaysia.

But both Malaysian and Thai authorities pushed them back, she said, as borders tightened due to coronavirus pandemic.

Smugglers split the passengers into several boats, some of which managed to land in Malaysia and Indonesia in June, but several hundred remained at sea until Sunday night.

The smugglers called their families to demand payments in the weeks before they were taken to shore, she said.

“The smugglers seemed to not want to try to disembark them because not everyone had paid… They were basically keeping them hostage on the boat,” she said. 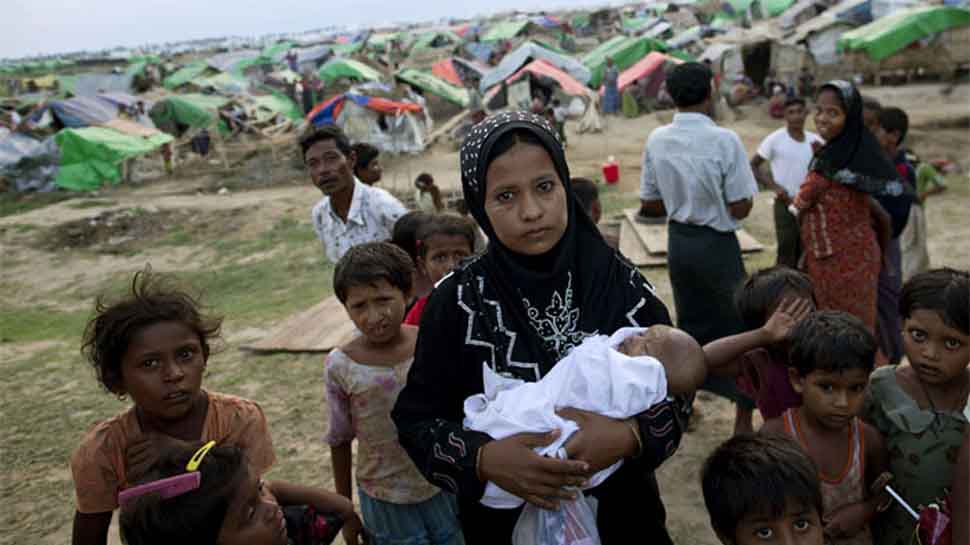