US President Donald Trump has accepted the Republican nomination for president at the White House on Friday (August 28). Trump accepted the offer in front of more than 1000 supporters who were heard chanting ”four more years” in support of the leader.

Addressing the Republican National Convention at the White House, Trump’s opening line said,”I stand before you tonight honored by your support proud of the incredible progress we made in the last four incredible years and brimming with confidence in the bright future we would build for America over the next four years.”

Formally accepting the nomination for the November election, Trump said, “My fellow Americans, tonight with a heart full of gratitude and boundless optimism, I profoundly accept this nomination for President of the United States.”

He further also spoke about his vision for America in the upcoming years and said that the US “would build the greatest economy in history” and “quickly return to” full employment.

The US Presidential elections are set to take place on November 3, this year. Donald Trump will be contesting against Joe Biden of the Democrat Party. 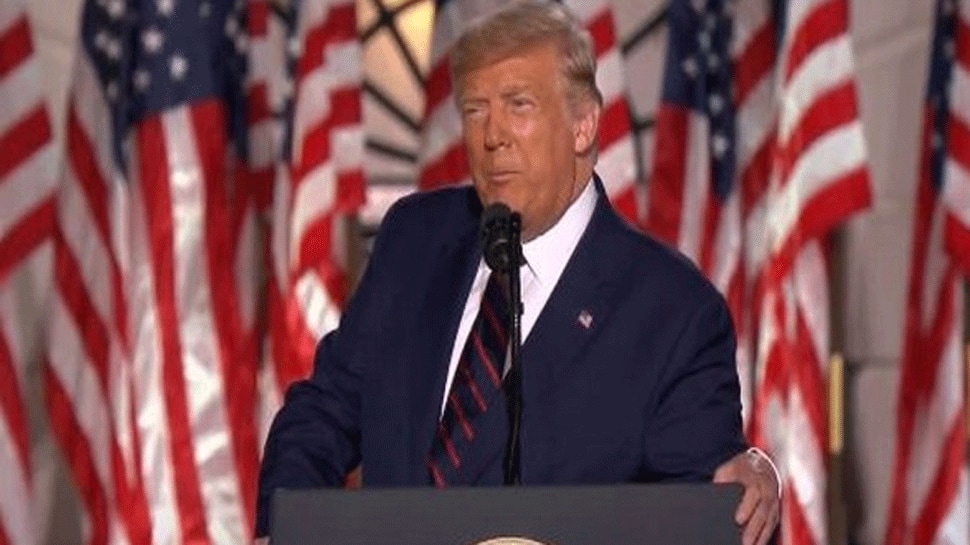